Since 2009, rouge2 offers customized services to meet the needs of each and every creator and designer we represent. We manage their business relationships with entertainment industry producers, and actively participate in their promotion and in the development of their career.

In 2019, rouge2 and Globensky agence d’artistes formed a partnership to offer a wealth of know-how and expertise that benefit the clientele of both agencies. For over 10 years, Globensky has been representing and defending the professional interests of UDA and ACTRA actresses, actors, and artists, as well as creators working in the fields of stage and film direction, writing, communications and choreography. Globensky is a member of the Association Québécoise des agents artistiques (AQAA). 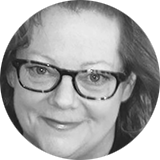 At rouge2, Kiki Nesbitt’s extensive knowledge of show business, her creativity and innate ability to negotiate agreements for different artistic disciplines, as well as her experience in business development are all dedicated to further the success of creators and designers.

Since graduating from The National Theatre School of Canada in 1974, Kiki Nesbitt has garnered a considerable experience in the entertainment industry. Throughout her career, as an assistant director, a lighting designer or a producer, she has taken part in the development, as well as the creation, of over a hundred cultural projects for stage, television and museums. Through these experiences, she has earned an outstanding reputation within the local and international artistic communities.

She began her career as a stage manager and assistant director for the theatre, varieties and large-scale events. She went on to manage a large number of productions, most notably for le Théâtre du Nouveau Monde, la Nouvelle Compagnie Théâtrale, the National Arts Centre, the Mass Celebrated by his Holiness John-Paul II, the sound-and-light show Âmes et Navires held on Parliamentary Hill in Quebec City, the musical Napoléon-Lama, and the Montreal Jazz Festival.

In unison with Yves Degagnés, René Gingras and Louise Roy, she was a founding member of the experimental theatre company, Medium medium. At Medium medium, she produced, and created the lighting designs for several highly successful plays, namely Syncope by René Gingras for which he received a Governor General of Canada’s Award, and Je ne t’aime pas by Yves Desgagnés and Louise Roy that went on to represent Canada at the Festival de Limoges en Haute-Vienne, France.

As a recipient of a grant from the National Arts Council of Canada, which allowed her to explore light through new technologies, she went on to apply her research to a number of outdoor events. Amongst these, the opening festivities for the inauguration of the Leonardo Da Vinci exhibition at the Montreal Museum of Fine Arts. She also created the lighting and atmospheric aspects of several shows, events and exhibitions, particularly the Montreal Biodôme, the Montreal Insectarium, Expotec, the Musée de la Civilisation, the Palais de la Civilisation and the light-and-sound show Grandes Maisons for Parks Canada.

As a producer, she worked for several companies, including a five-year collaboration with the Just for Laughs Festival where she participated in the creation of their Arts de la Rue segment. From 1993 to 2006, she worked for the Cirque du Soleil notably producing ALEGRIA and LA NOUBA, and coordinating the architectural component of the Cirque du Soleil Theatre in Orlando. Between these mandates, she carried out a number of studies, contributed in setting up the production department and managed international project development that led to the creation of Ô, ZUNAMITY, KÀ and LOVE. Lastly, as executive producer, she produced the Cirque du Soleil’s first arena show, DELIRIUM, which went on to tour the world.

Let’s take the next step and work together. CONTACT US